Hey hey back to some kind of normality after quite an exciting weekend. I was expecting it to be an anti-climax today but I was kept busy getting everything back in place.

There are too many great comments and posts from you Sunflower, just to say I’m delighted you are starting to experiment a bit again.

I must look out for some magnetite. Before the weekend I worked on some new ‘plates’ for the beaten up pagoda, I put quite a bit of basalt into some pieces and some actual paramagnetic rock into others. I remember now where I got the idea, from Stephen Geddes when he made his ‘tower’ some years ago. Even though it’s assembled a bit randomly, it’s not ready to make its debut just yet.

My excitement was preparing for, and hosting a BBQ yesterday for some of my group of activist friends who have kept each other fairly sane during the madness of the last couple of years. My timing was perfect because the sun shone and the garden was looking very good, as long as one didn’t look too close.

The high points are the roses and clumps of lovely purple irises.

Quite a few of the guests hadn’t been here before and their jaws would drop as they came around the back and saw how big it is, compared to a ‘regular’ back garden.

One woman kept muttering: ‘I’m speechless’ and ‘it’s like being in a Park’. 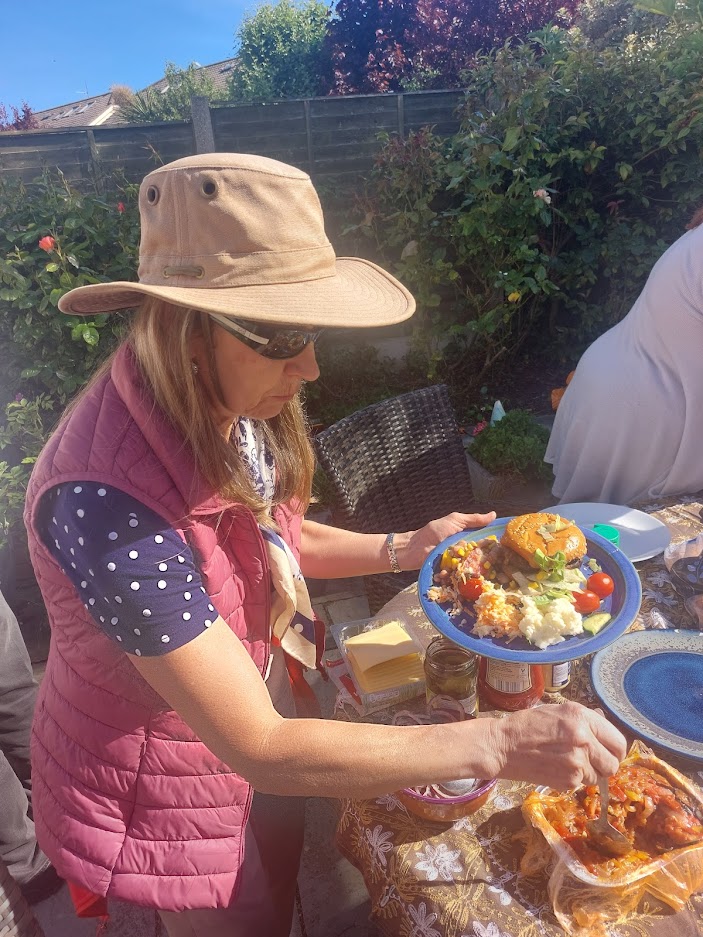 There was a total of 14 of us, all conspiracy theorists, just one ‘normie’ dragged here by her husband Peter.

She did well to survive a few well-meaning people trying to convert her, I don’t think that ended too well. She confided to me that her husband is obsessed, she is probably correct.

Apparently the food went down very well, and a mean Sangria I mixed up was so popular I had to do a second big jugful.

A mixture of rum, red wine, fresh orange juice and fruit. I managed to grab a glass of that, but I was so busy looking after things I didn’t get much to eat. The wine was flowing too, quite a few bottles of Prosecco showed up. All empties into the bottle bank already.

For some reason they were quite impressed with my paintings, one being compared to a Renoir! 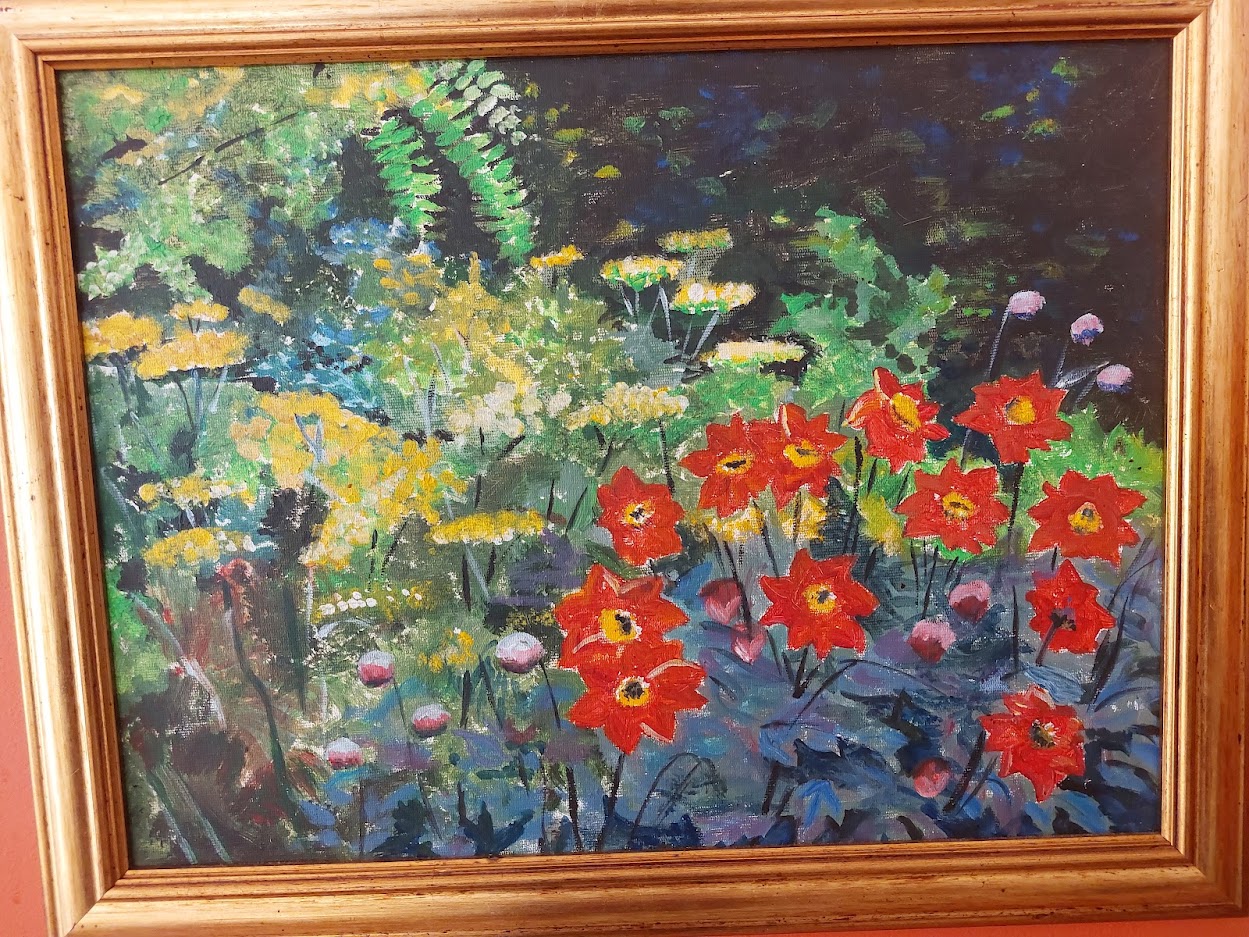 There are other photos not coming through from Whatsapp, hopefully tomorrow. And I see some disappearing as I try to add another one.  I’ll keep trying. 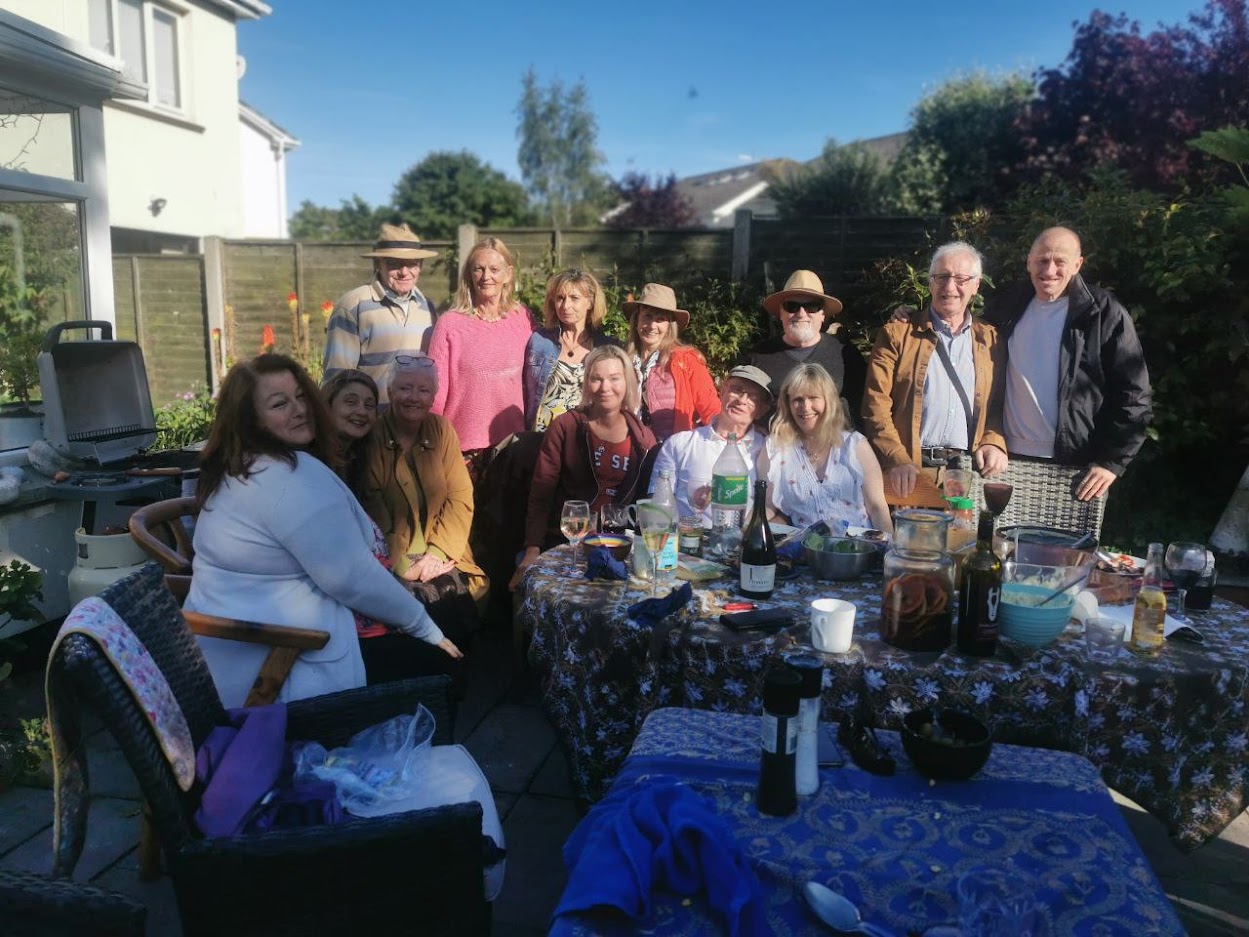 The last two great shots are courtesy of our friend Russ who also made the very tasty burgers, all 22 of them.