I enjoyed watching ONE of those cleaning shows, that was enough for me.  I used to have a fascination with those sort of programmes, also the ones about hoarders, we have probably all watched those, where it is impossible to even get into the house.  It seems to be a real mental illness and very difficult for the patient to relinquish even one of his precious ancient newspapers.   I’m not that bad, just somehow seem to have a lot of ‘stuff’   On the other hand both my next door neighbours must have nothing extraneous, I just wonder where they keep things like pieces of paper that need attention ‘sometime’ or will come in handy.   Maybe they are not great readers either.  Everything looks sparkling, I come home in a depression.

The workshop a few days ago should have been relatively easy to tidy up afterwards, the theory being that all the work would be done in the conservatory.  ‘Somehow that extended out into the patio area, with some serious spills of plaster and plastery footprints walking quite a distance away from the back door.  After a good hosing down today and some scraping, I’ll be looking forward to seeing what it looks like when it dries up tomorrow.   Probably not much better.  My neighbours dug up the original slabs we all put down at the same time and put down new ones.   Mine are still the original, I think called Indian Sandstone.  When put down at first they were beautiful, delicate colours of cream, beige, pinkish.  We didn’t know then what we know now, that in damp weather some sort of mould forms and the slabs lose their colour and turn a boring grey colour, very disappointing.  I would never recommend anyone to buy that type. 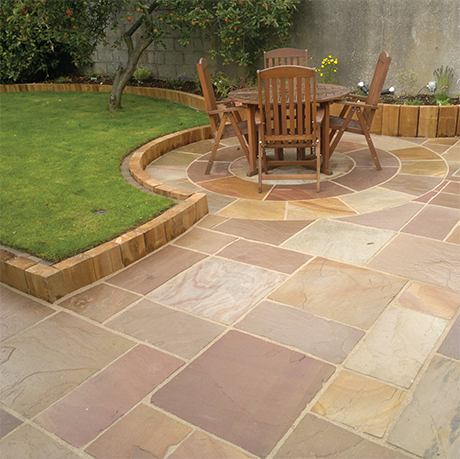